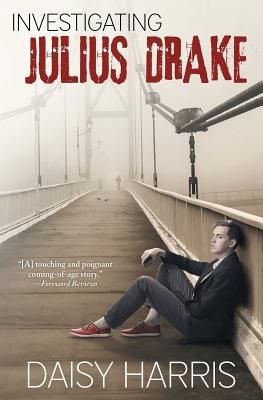 He'll have to stop pretending if he wants to save the day and get the boy.

After arriving at Seattle's prestigious Clinton Academy, fourteen-year-old Henry Walker realizes he won't fit in. If he's going to run with the rich and powerful, he'll have to hide his modest background, his lack of interest in girls, and most importantly, his fascination with his handsome but troubled classmate Julius Drake.

When Julius draws Henry into the investigation of a classmate's suicide attempt, Henry can't resist the case-or Julius. Soon, Henry's not only facing the truth about his feelings for Julius, but also risking his life to unmask a social media imposter. "The Other Woman" is manipulating his classmates, searching out their vulnerabilities, and driving them to desperate actions. Julius himself is at risk, what with his callous parents threatening to send him away, and his mental health taking a beating both at school and at home.

If Henry's going to save the day and get the boy of his dreams, he'll have to stop worrying what everyone thinks and stop pretending to be someone he's not. Most of all, Henry will have to be honest about who he loves.