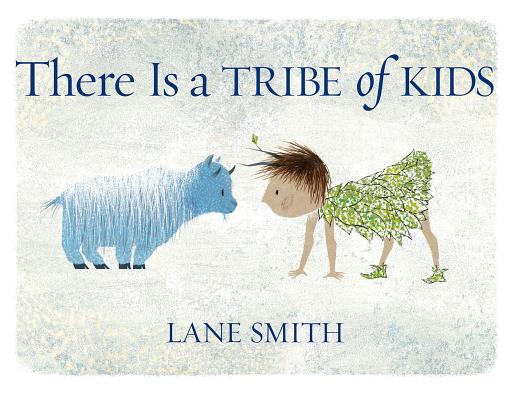 There Is a Tribe of Kids

Winner of the Kate Greenaway Medal

When a young boy embarks on a journey alone . . .
he trails a colony of penguins,
undulates in a smack of jellyfish,
clasps hands with a constellation of stars,
naps for a night in a bed of clams,
and follows a trail of shells,
home to his tribe of friends.

If Lane Smith's Caldecott Honor Book Grandpa Green was an homage to aging and the end of life, There Is a Tribe of Kids is a meditation on childhood and life's beginning. Smith's vibrant sponge-paint illustrations and use of unusual collective nouns such as smack and unkindness bring the book to life. Whimsical, expressive, and perfectly paced, this story plays with language as much as it embodies imagination, and was awarded the 2017 Kate Greenaway Medal.


Praise For There Is a Tribe of Kids…

Winner of the Kate Greenaway Medal

"A kaleidoscopic look at nature imbued with a playful love of language that young readers can’t fail to embrace." —Booklist, starred review

"One of the book’s delights is its shifting moods and colors, which feel like the movements of an orchestral work... organically formed... vivid and clean." —Publishers Weekly, starred review

"There is much to savor and explore in this cleverly crafted picture book, and readers will glean more with each perusal. A must-have." —School Library Journal, starred review

"This is a book straight from the thoughts of a young child, with the feel of a daydream... an emotion-filled journey." —The Horn Book