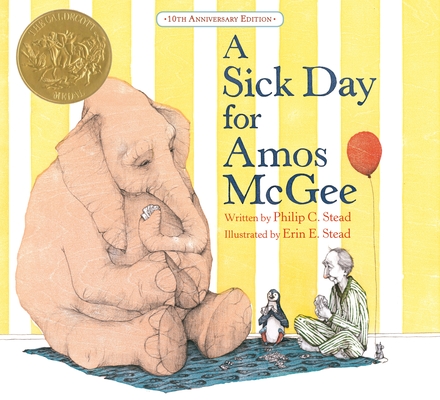 A sumptuous new gift edition of the Caldecott Medal winning classic, which includes a cloth-bound slipcase and book.

Written by Philip C. Stead with illustrations by Erin E. Stead, A Sick Day for Amos McGee is a 2011 Bank Street - Best Children's Book of the Year and the winner of the 2011 Caldecott Medal.

Erin E. Stead has illustrated several children's books with her husband, Philip C. Stead. Their first picture book, A Sick Day for Amos McGee, won the Caldecott Medal. She has also illustrated And Then It's Spring (written by Julie Fogliano) and contributed to Eric Carle's What's Your Favorite Animal? The Steads divide their time between Ann Arbor, Michigan, and New York City.
Loading...
or
Not Currently Available for Direct Purchase