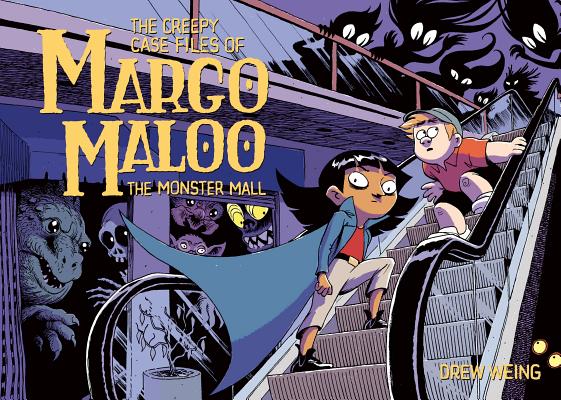 As the human population of the city grows, monsters are being forced to abandon their homes. Teenagers are creeping into their territory, smartphones in hand, eager to photograph paranormal activity. Some monsters are tired of hiding and ready to fight. How can Margo and Charles keep Echo City’s monster community a secret, when it’s teetering in the brink of war?


Praise For The Creepy Case Files of Margo Maloo: The Monster Mall…

Drew Weing lives in Athens, GA with his wife, cartoonist Eleanor Davis, and too many cats. He makes comics for print and online, among which are the nautical graphic novel Set to Sea, the infinite canvas webcomic Pup, and the early reader comic Flop to the Top, which he co-authored with his wife.
Loading...
or
Not Currently Available for Direct Purchase