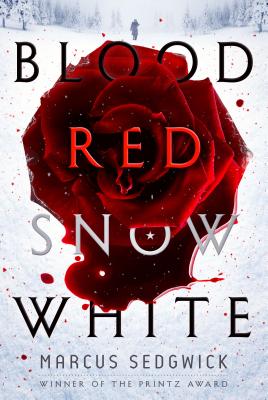 There never was a story that was happy through and through.

When writer Arthur Ransome leaves his unhappy marriage in England and moves to Russia to work as a journalist, he has little idea of the violent revolution about to erupt. Unwittingly, he finds himself at its center, tapped by the British to report back on the Bolsheviks even as he becomes dangerously, romantically entangled with Trotsky's personal secretary.

Both sides seek to use Arthur to gather and relay information for their own purposes . . . and both grow to suspect him of being a double agent. Arthur wants only to elope far from conflict with his beloved, but her Russian ties make leaving the country nearly impossible. And the more Arthur resists becoming a pawn, the more entrenched in the game he seems to become.

Blood Red Snow White, a Soviet-era thriller from renowned author Marcus Sedgwick, is sure to keep readers on the edge of their seats.

"Sedgwick’s artful fairy tales and Ransome’s unique perspective dovetail into a compelling narrative offering both a glimpse into the life of a writer and a nuanced take on the Russian revolution."—Booklist, starred review

"A story that should be devoured, savored, and shared many times over. Readers will be absolutely absorbed from beginning to end."—VOYA, starred review

"A work of remarkable insight . . . This compellingly told, inspired by real life story of love, war, and deception will readily find appreciative readers anywhere."—Bulletin of the Center for Children's Books, starred review