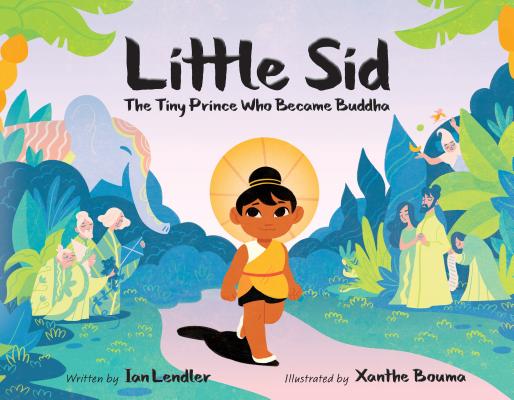 The Tiny Prince Who Became Buddha

In this charming and accessible picture book, Ian Lendler and Xanthe Bouma offer a heart-warming account of the childhood of the Buddha.

A spoiled young prince, Siddhartha got everything he ever asked for, until he asked for what couldn’t be given­—happiness.

Join Little Sid as he sets off on a journey of discovery and encounters mysterious wise-folk, terrifying tigers, and one very annoying mouse.

With Lendler’s delightful prose and Bouma’s lyrical artwork, Little Sid weaves traditional Buddhist fables into a classic new tale of mindfulness, the meaning of life, and an awakening that is as profound today as it was 2,500 years ago.


Praise For Little Sid: The Tiny Prince Who Became Buddha…

"Whether used as a folktale, a conversation starter about core values, or even as an introduction to Buddhism in a unit on world religions, kids will respond to Sid’s sympathetic cartoon persona, his irreverent asides, and his quest. This is a good choice for sharing either one-on-one or during storytime."—Booklist

Ian Lendler is the author of the acclaimed Stratford Zoo graphic novel series and the picture books, Undone Fairy Tale, Saturday, and One Day A Dot. He is at one with the universe, but only when eating pizza. He lives near San Francisco, CA.

Xanthe Bouma is an illustrator who has enriched a variety of comics, games, and books with colorful magic - including the graphic novel 5 Worlds. Based in Southern California, Xanthe draws inspiration from cooking good food, napping with cats, and exploring the local beachside.
Loading...
or
Not Currently Available for Direct Purchase