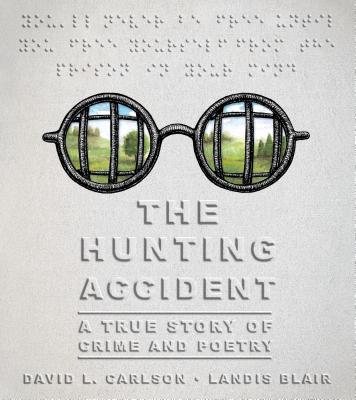 A True Story of Crime and Poetry

The amazing true story of Matt Rizzo, an uneducated blind criminal who received a classical education in prison from his cellmate, Nathan Leopold Jr., of the infamous Leopold and Loeb duo.

It was a hunting accident—that much Charlie is sure of. That's how his father, Matt Rizzo—a gentle intellectual who writes epic poems in Braille—had lost his vision. It’s not until Charlie’s troubled teenage years, when he’s facing time for his petty crimes, that he learns the truth.

Matt Rizzo was blinded by a shotgun blast to the face—but it was while participating in an armed robbery.

Newly blind and without hope, Matt began his bleak new life at Stateville Prison. But in this unlikely place, Matt's life and very soul were saved by one of America's most notorious killers: Nathan Leopold Jr., of the infamous Leopold and Loeb.

From David L. Carlson and Landis Blair comes the unbelievable true story of a father, a son, and remarkable journey from despair to enlightenment.


Praise For The Hunting Accident: A True Story of Crime and Poetry…

A Publishers Weekly Best Books of 2017

"In The Hunting Accident, light comes from darkness, crime leads to redemption, and killers save lives. It'll probably be a movie or Netflix show in a couple years, but for now, it's a damn great comic book." —GQ

"The subtitle barely captures the scope of this ambitious debut graphic novel, a mix of biography, history, social commentary, literary analysis, and more...Blair’s exceptional pen-and-ink work, which mixes the tangible world with the psychological, brings all the strands together seamlessly and powerfully." —Publishers Weekly, starred review

David L. Carlson has been a filmmaker, musician, car salesman, experience designer and is the co-founder of Opera-Matic, a non-profit street opera company in Chicago. The Hunting Accident is his first book.

Landis Blair is the author and illustrator of The Envious Siblings: and Other Morbid Nursery Rhymes, as well as the illustrator of the New York Times bestseller From Here to Eternity and the graphic novel The Hunting Accident, which won the 2021 Fauve d’Or and the 2020 Quai des Bulles prize. He has published illustrations in numerous print and online periodicals including The New Yorker, the New York Times, Chicago magazine, VQR, and Medium. He lives in Chicago.
Loading...
or support indie stores by buying on