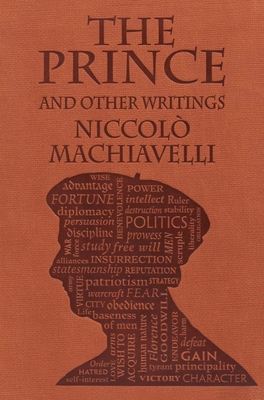 The Prince and Other Writings (Word Cloud Classics)

“If an injury has to be done to a man, it should be so severe that his vengeance need not be feared.”--Niccolo Machiavelli, The Prince

One of the foremost examples of modern philosophy, Niccolo Machiavelli’s The Prince is notorious for the morality it expounds, often summarized by the phrase, “The end justifies the means.” With The Prince, Machiavelli’s intent was to provide practical advice for rulers and politicians, especially in regard to the unification of Italy. The Prince and Other Writings is an important book for those interested in history, politics, ethics, and human nature, and is now available as part of the Word Cloud Classics series, providing a chic and affordable addition to any library.

Niccolo Machiavelli (3 May 1469 – 21 June 1527) was an Italian historian, politician, diplomat, philosopher, humanist and writer based in Florence during the Renaissance.

William K. Marriott was a translator of many Renaissance works, including Niccolo Machiavelli's The Prince.
Loading...
or support indie stores by buying on