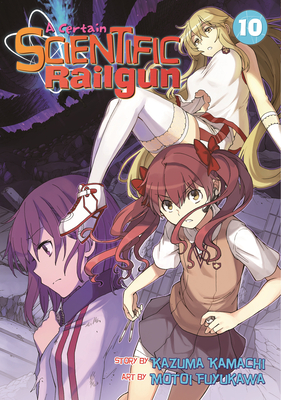 In this pulse-pounding climax to the Daihasei Festival Arc, Misaka's allies split up to fight their own battles. Friend and foe and even mild acquaintances team up to save the only thing they all share in common-Academy City. With the giant brain Exterior thrown into the mix, this fight is a real puzzler! In the meantime, the doomsday clock has started ticking...and Misaka's time is almost up!