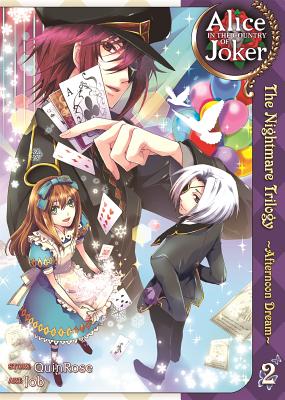 JACK IN THE BOX

April Season in the Country of Joker is a time of circuses, mysteries, and lies. In the Tower of Clover, Alice discovers a magical box that Nightmare wants to keep shut, containing a book he doesn't want her to read. Yet Alice is not the only one interested in the magical box. Will she find herself caught in the middle of a Wonderland mafia war? In the meantime, Alice's memories of her old world continue to clash with the bonds she'd forming in Wonderland--or would like to form, if only Nightmare would make a move