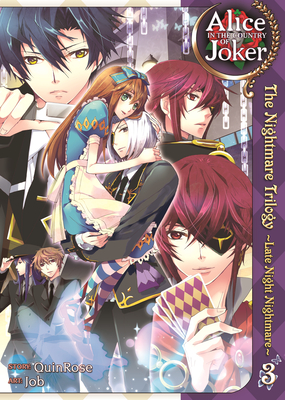 Nightmare: He's beautiful, with silver hair, and skin like snow. And his heart is as cold as that same snow. Nightmare has confessed his love to Alice-but he won't make a move, take her hand, or even ask her on a date! Alice is still too unsure of her own feelings to give him an answer. To complicate matters, Alice finds herself onstage as part of Joker's circus show, and learns the stunning secrets of the circus, the prison, and Joker himself. Yet can she learn the secret to melting Nightmare's heart?

Love blooms in winter, in this final volume of The Nightmare Trilogy.