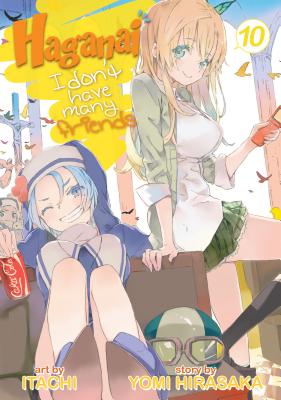 I Don't Have Many Friends, Volume 10

A DAY AT THE MALL

Kobato's birthday is coming up, so what better excuse for a party? For the Neighbors Club, a group of socially-inept students with no clue how to make friends, it's an opportunity for a practice party so they'll know how to behave when they go to a real party someday. Of course, a party calls for presents, so it's time for a group shopping trip Kodaka comes along to help the girls shop, but what our favorite misfits will come back with is anybody's guess.

Also on the horizon is the school festival, an opportunity for clubs to strut their stuff The question is, how does a dysfunctional group like the Neighbors Club come up with a single idea that will appeal to anyone but themselves?