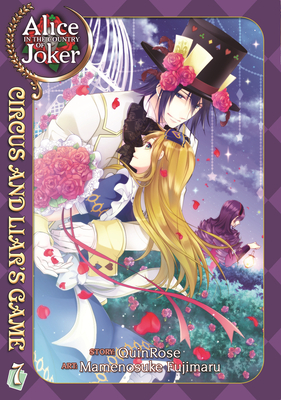 "I'M THE ONLY ONE WHO CAN SET HER FREE."

Fleeing to the Joker's jail to save her own life, Alice is forced to dig through the pain and confront her buried truths. But this is the Season of Lies, and the people who love her aren't afraid to break some rules. In this climatic finale to the Circus and Liar's Game series, Alice struggles to rebuild her crumbling world before it's too late. There's just one problem: after a peek into the Country of Diamonds, Alice learns the true cost of clinging to the past.


Praise For Alice in the Country of Joker: Circus and Liars Game Vol. 7…

“It may be impossible to beat Lewis Carroll at his own game, but as Alice in the Country of Hearts shows, there are still ways to succeed.” —ANIME NEWS NETWORK

Mamenosuke Fujimaru is a Japanese manga artist known best known for their work on numerous Alice in the Country of... series.
Loading...
or support indie stores by buying on
(This book is on backorder)