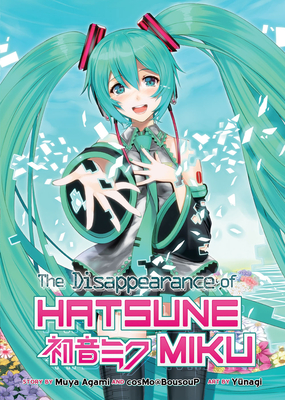 Asano is a young university student tasked with testing out the technology department’s newest creation—the life-like android, Hatsune Miku. Although Hatsune Miku has a lot to learn, Asano comes to see her as more than merely a piece of tech and together the two learn what life and love is all about.

Muya Agami is a light novel author best known for The Disappearance of Hatsune Miku.

cosMo@BousouP is the original creator of the Hatsune Miku franchise.

Yunagi is a manga and light novel illustrator best known for The Disappearance of Hatsune Miku.
Loading...
or support indie stores by buying on
(This book is on backorder)