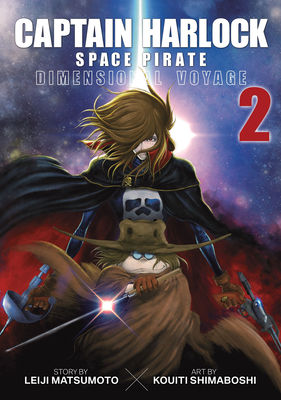 “Harlock leads the way to a world of new ideas.” - James Cameron

After joining the crew of the space battleship Arcadia to fight the evil Mazon, Tadashi Daiba must learn what it means to be a man and warrior. From Harlock’s first encounter with the Arcadia’s maker, to a test of mettle for Tadashi, the past and present collide as the epic of Captain Harlock continues!