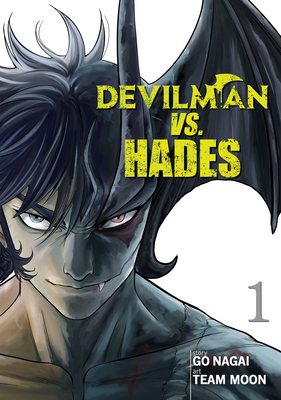 A modern sequel to the horror manga classic Devilman!

When high schooler Fudo Akira merged with the demon Amon, he became Earth's darkest hero: Devilman. The armies of Hell itself trembled at his name. But not even Devilman could stop the end of the world--nor could he save the woman he loved. Now he must descend to the underworld to bring her back. But first he must defeat Hades, the Emperor of Darkness, no matter what the cost.


Praise For Devilman VS. Hades Vol. 1…

“[...]a horror/superhero fusion, about a boy whose secret identity is that of a brawny muscled devil-creature. In the TV series, Devilman is basically a hero who fights a different monster in every episode. But the manga version was something much more original, much more crazy, much more Nagai.” -Jason Thompson, Anime News Network

Team Moon is a Japanese manga group best known for Devilman in Hell.
Loading...
or support indie stores by buying on