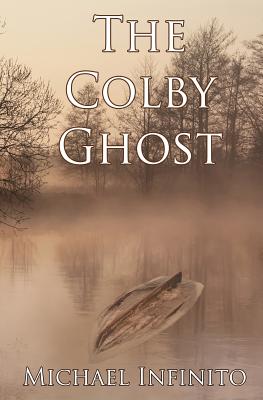 Everyone has their own identity, but after an unexpected encounter with a forest girl named Diane at his parent's summer lake retreat, sixteen-year-old Miles Hanson realizes he might just have two of them. Intrigued by the impossible past of which she speaks, their love blossoms quickly, as does the mystery surrounding her presence.

After some investigation alongside his father, a lifelong lake visitor who had also encountered his own version of Diane as a child, Miles soon learns about a local mystery involving The Colby Ghost. The tale centers around a young couple who had disappeared three decades earlier. Their names--Miles and Diane.

Pulled away from Oak Lake for good, a result of family issues, Miles must fight his way back there, in order to learn the hidden truths about the missing couple, as well as some shocking revelations concerning his own life. But will Celia Walton, a new love at home, complicate things, or is her involvement all part of Diane's master plan? In the end, Miles must make an emotional decision that will affect his future in ways unimaginable, and one girl will be heartbroken. Or will she?