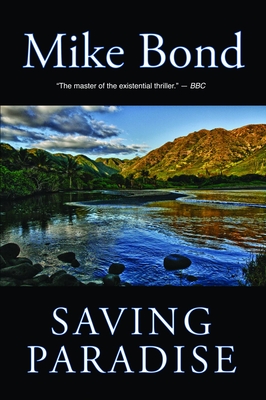 When a beautiful journalist drowns mysteriously off Waikiki, Hawaii, Special Forces veteran Pono Hawkins, now a well-known surfer and international correspondent for surfing magazines, soon gets embroiled in trying to find out why she died. What he quickly learns makes him a target for murder or life in prison as a cabal of powerful corporations, foreign killers and crooked politicians places the blame on him. Haunted by memories of Afghanistan, and determined to protect the Hawaii he loves from dirty politics tied to huge destructive energy developments, Pono turns to Special Forces buddies and his own covert skills to fight his deadly enemies, trying both save himself and find her killers. Alive with the sights, sounds and history of Hawaii, SAVING PARADISE is also a deepy rich portrait of what Pono calls the seamy side of paradise, and an exciting thriller of politics, lies and remorseless murder.

Bestselling author, advisor to the US and foreign governments, human rights and war correspondent, award-winning poet and international energy expert, Mike Bond has lived and worked in over thirty countries on six continents. His works have been translated into several languages and have been praised by critics on both sides of the Atlantic for their intricate plots, fascinating characters, extraordinary settings, and explosive pace. Based on his own experiences in dangerous, remote, and war-torn regions, his novels look deeply into the dark side of man as well as the good. They mix the terror and fury of battle and the intense joy of love, the vanishing beauty of the natural world, and the nature of the universe and its many meanings for human life. His lean unsentimental raw prose, free of best-seller formulas and literary pretension, conveys through the lives of real people what it means to be deeply alive, to hunger for a better world. Dealing with political truths few else discuss, Mike Bond's writings have been widely quoted by military experts, intelligence analysts, and political thinkers. How do we live, his books ask, at the deepest level? How does evil masquerade as good? What are politics, government, and intelligence behind their many masks? The secrets behind international deals, dirty wars, assassinations, and coups? How does one lead a good life and care for others in a world of danger and evil?
Loading...
or
Not Currently Available for Direct Purchase