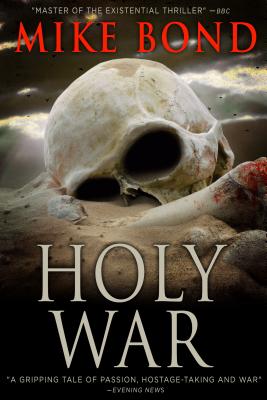 The Battle of Beirut is worse than Hell, a maelstrom of implacable hatreds and frantic love affairs, of explosions, sniper battles and deadly ambushes. Neill, a journalist on a secret mission for Britain's MI6 intelligence agency, is trying to find Mohammed, a Hezbollah terrorist who could stop the slaughter. Andr , a French commando, is also hunting Mohammed, to kill him for the death of his brother, blown up with over 400 US Marines and French paratroopers by Hezbollah. For Rosa, a remorseless and passionate Palestinian guerrilla, Mohammed is one of few hopes for her people, and she will die to protect him. And for lovely Anne-Marie, Andr is the only one who can save her from Hell. Based on the author's own experiences in Lebanon, Syria and the Middle East, Holy War has been praised for its portrayal of civil war, and for its evocation of men and women caught in a deadly crossfire.

"The master of the existential thriller" (BBC) Best-selling novelist, war and human rights correspondent, environmental activist, award-winning poet and international energy expert, Mike Bond has lived and worked in many dangerous, remote and war-torn regions of the world. His critically acclaimed novels depict the innate hunger of the human heart for good, the intense joys of love, the terror and fury of battle, the sinister vagaries of politics and multinational corporations, and the magical beauty of the vanishing natural world. Bond has published hundreds of articles on human rights, the environment, international finance, the energy industry, and women's rights, and appears frequently on TV and radio to discuss these subjects. www.MikeBondBooks.com
Loading...
or
Not Currently Available for Direct Purchase