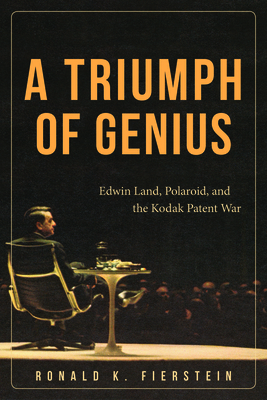 A Triumph of Genius

Apple founder Steve Jobs once hailed Edwin Land, the founder of Polaroid and the father of instant photography, as "a national treasure" and once confessed to a reporter that meeting Land was "like visiting a shrine." By his own admission, Jobs modeled much of his own career after Land's. Both Jobs and Land stand out today as unique and towering figures in the history of technology. Neither had a college degree, but both built highly successful and innovative organizations. Jobs and Land were both perfectionists with an almost fanatic attentiveness to detail, in addition to being consummate showmen and instinctive marketers. In many ways, Edwin Land was the original Steve Jobs. This riveting new biography visits the spectacular life of Edwin Land, perhaps the most important, yet least known inventor and technology entrepreneur in American history. Land's most famous achievement was the creation of a revolutionary film and camera system that could produce a photographic print moments after the picture was taken. A Triumph of Genius takes you behind the scenes of this reclusive genius's discoveries, triumphs, and defeats. You'll learn details of Land's involvement over four decades with top-secret U.S. military intelligence efforts during World War II and through the Cold War in the service of seven American presidents. Additionally, you'll thrill to the compelling first-hand look at one of our nation's most important legal battles over intellectual property Polaroid versus Kodak. This corporate and legal struggle is a story of almost operatic dimension. What began as a cooperative and collegial relationship ended in Kodak's betrayal. The conflict led to an epic legal battle, a dramatic event for Land who, from the witness stand, personally starred in a compelling courtroom drama. More than a simple business biography, A Triumph of Genius chronicles the man and the icon whose technological brilliance paved the way for another of the 20th century's greatest innovators, Steve Jobs.