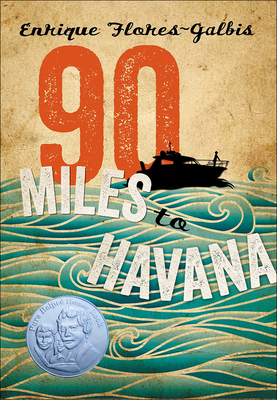 "90 Miles to Havana" is a 2011 Pura Belpre Honor Book for Narrative and a 2011 Bank Street Best Children's Book of the Year.

When Julian's parents make the heartbreaking decision to send him and his two brothers away from Cuba to Miami via the Pedro Pan operation, the boys are thrust into a new world where bullies run rampant and it's not always clear how best to protect themselves.

Enrique Flores-Galbis, at age nine, was one of 14,000 children who left Cuba in 1961, without their parents, in a mass exodus called "Operation Pedro Pan." He and his two older brothers spent months in a refugee camp in southern Florida; this historical novel is inspired by that experience. The author of "Raining Sardines," Enrique lives in Forest Hills, New York, with his family.
Loading...
or
Not Currently Available for Direct Purchase