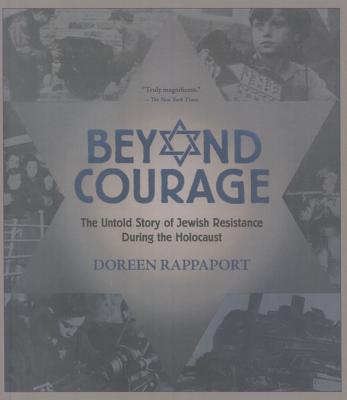 In a stirring chronicle, Doreen Rappaport brings to light the courage of countless Jews who organized to sabotage the Nazis and help other Jews during the Holocaust.
Under the noses of the military, Georges Loinger smuggles thousands of children out of occupied France into Switzerland. In Belgium, three resisters ambush a train, allowing scores of Jews to flee from the cattle cars. In Poland, four brothers lead more than 1,200 ghetto refugees into the forest to build a guerilla force and self-sufficient village. And twelve-year-old Motele Shlayan entertains German officers with his violin moments before setting off a bomb. Through twenty-one meticulously researched accounts some chronicled in book form for the first time Doreen Rappaport illuminates the defiance of tens of thousands of Jews across eleven Nazi-occupied countries during World War II. In answer to the genocidal madness that was Hitler's Holocaust, the only response they could abide was resistance, and their greatest weapons were courage, ingenuity, the will to survive, and the resolve to save others or to die trying.
"Extensive end matter includes:
"- timeline of important events
- index
- pronunciation guide
- source notes
- maps integrated throughout text.

Doreen Rappaport is the author of numerous award-winning nonfiction books for young readers. "Beyond Courage, "her most ambitious project to date, took five years to research and write. She lives in upstate New York.

"How Jews organized themselves in order to survive and defy their enemy is an important but still neglected piece of history. I present a sampling of actions, efforts, and heroism with the hope that I can play a role in helping to correct the damaging and persistent belief that Jews went like sheep to the slaughter. " " Doreen Rappaport ""
Loading...
or
Not Currently Available for Direct Purchase