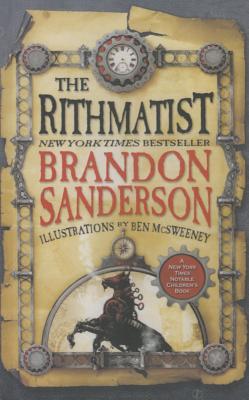 As the son of a lowly chalkmaker at Armedius Academy, Joel can only watch as Rithmatist students learn the magical art that he would do anything to practice. Then students start disappearing--kidnapped from their rooms at night, leaving trails of blood. Assigned to help the professor who is investigating the crimes, Joel and his friend Melody find themselves on the trail of an unexpected discovery--one that will change Rithmatics--and their world--forever.
A "New York Times Book Review "Notable Children's Book of 2013.

BRANDON SANDERSON grew up in Lincoln, Nebraska. He lives in Utah with his wife and children and teaches creative writing at Brigham Young University. In addition to completing Robert Jordan's The Wheel of Time(r), he is the author of such bestsellers as the Mistborn trilogy, "Warbreaker," "The" "Alloy of Law," "The Way of Kings," "Rithmatist," and "Steelheart." He won the 2013 Hugo Award for "The Emperor's Soul," a novella set in the world of his acclaimed first novel, "Elantris."
Loading...
or
Not Currently Available for Direct Purchase