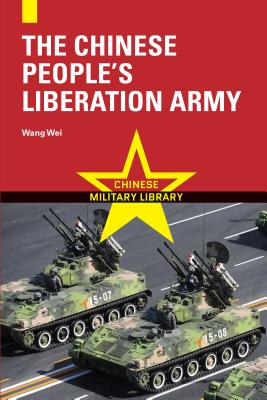 From The Long March, through guerrilla war with the Japanese, to the victory against the Nationalist forces, the story of the PLA is the story of the founding of the People’s Republic of China. The Chinese Military Library title The Chinese People’s Liberation Army relates the complete history of the army of the People’s Republic of China. Starting with the struggle to found the PRC, this book takes readers through the Korean War, disarmament under Deng Xiaoping, and the road to the modern army that serves the people of China today.

The Chinese People’s Liberation Army includes sections on the organization or the PLA, the equipment currently in use, and peacetime missions undertaken by the PLA, along with 146 black and white photographs. UN peacekeeping missions are also covered in detail, and the ongoing technological innovation of the PLA is reviewed.

The Chinese People’s Liberation Army is written by Chinese military experts with first-hand information on the Chinese military. The Information Office of the Ministry of National Defense joined active military personnel in advising the authors and reviewing the text, providing a complete, authoritative inside story of the PLA’s history, equipment, and operations.