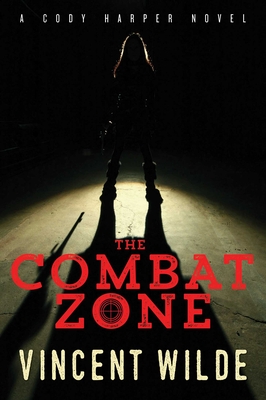 From the underbelly of Boston's officially sanctioned red-light district--The Combat Zone--to a neo-Nazi compound in the secluded mountains of New Hampshire, gay cross-dressing sleuth Cody Harper hunts a murderer. Cody is a man who enjoys wielding a whip as much as slipping into a silk chemise. When unrequited love interest Stephen Cross tells Cody about the death threats he's received, Cody resorts to all the tricks in his make-up bag, including his drag persona, Desdemona, to protect his friend. A pious presidential candidate and members of an underground group called "Aryan America" stand in Cody's way in this thrill ride of suspense and mystery.

Vincent Wilde is the author of numerous novels and short stories, and is an ardent fan of mysteries. The Combat Zone is his first novel for Cleis Press. Some of his writing influences include Oscar Wilde, Edgar Allan Poe, Sir Arthur Conan Doyle and any work by the exquisite Bronte sisters. Vincent lives in Florida and is at work on a second Cody Harper novel for Cleis.
Loading...
or
Not Currently Available for Direct Purchase