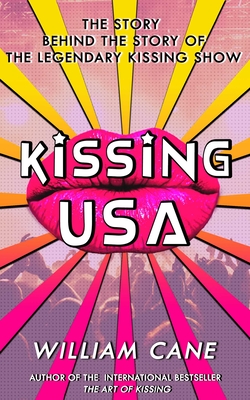 The Story behind the Story of the Legendary Kissing Show

College. For many, it is a place of learning, self-discovery, and growth. But as much as parents don't want to admit it, college is also a time of unabashed exploration, especially for the MTV-drenched and Howard Stern Radio Show-soaked kids of the 1990s. So, it makes perfect sense that The Kissing Show, a performance based on the international bestseller The Art of Kissing, became a near-overnight sensation.

Born out of William Cane's Judd Apatow-like desire to woo the woman of his dreams, The Kissing Show appeared at over 400 colleges and universities across the nation.

Kissing U.S.A. reveals it all in a sexy (and sometimes shocking) behind-the-scenes look at all the things that were part of making the The Kissing Show a sensation:


Join Cane as he recounts his meteoric rise in the college lecture and entertainment circuit through all the good, the bad, and the awkward kisses that took North American colleges by storm. Who knew playing dentist could ever be a turn-on?

William Cane began his career innocently enough teaching college English, but when his book The Art of Kissing was published in 1991 his life changed almost overnight. Before he knew it, he was asked to speak about kissing at colleges across the country, and then television and radio stations around the world began asking him to appear on their shows to help people kiss. Affectionately known as the kissing doctor, his research has been featured in print and electronic media internationally. He has appeared on more than 100 radio and television programs, including Today (twice), Dr. Oz, CBS This Morning, and The View.
Loading...
or
Not Currently Available for Direct Purchase