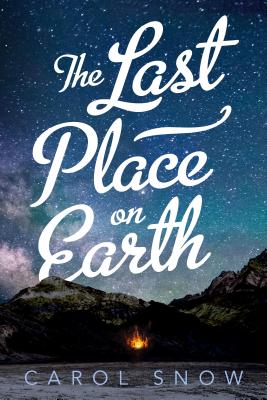 The Last Place on Earth

Daisy and Henry are best friends, and they know all each other's secrets. Or, so Daisy thinks, until she wakes up one morning to find that Henry and his family have disappeared without a trace. Daisy suspects Henry's disappearance is connected to their seriously awkward meeting the night before, but then she finds a note from Henry, containing just the words "SAVE ME."

Deeply worried, Daisy convinces her unemployed brother to take her on a rescue mission into the California mountains. As they begin to home in on Henry's exact location, they also start to find some disturbing clues . . . clues that call into question everything Daisy believes she knows about her friend. Why is he so hard to find? What kind of trouble is he in, exactly? And most importantly, who is actually saving who?


Praise For The Last Place on Earth…

“Snow nestles a powerful message about bravery, self-confidence, and integrity in the midst of fluffy, irreverent talk of fashion and teen idols and a virtual world at the crossroads of The Matrix and Barbie's Dreamhouse.” —Booklist on Bubble World

Carol Snow is the author of Snap and Switch, an ALA Quick Pick for Reluctant Young Adult Readers. She had also written five novels for adults. Originally from New Jersey, she now lives in Southern California with her husband and their two children.
or support indie stores by buying on