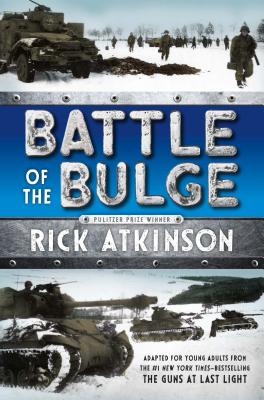 “The format is similar to that of [D-Day], with useful area and battle maps, captioned period photos, and an appendix with descriptions of winter fighting, equipment, and weapons . . . a solid choice for high school reports and military buffs.” —School Library Journal

Rick Atkinson is the bestselling author of the Liberation Trilogy—An Army at Dawn (winner of the Pulitzer Prize for History), The Day of Battle, and The Guns at Last Light—as well as The Long Gray Line and other books. His many additional awards include a Pulitzer Prize in journalism, a George Polk Award, and the Pritzker Military Library Literature Award. A former staff writer and senior editor at The Washington Post, he lives in Washington, D.C.
Loading...
or
Not Currently Available for Direct Purchase