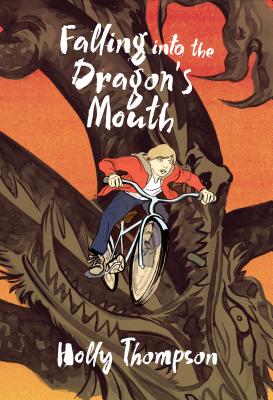 Falling into the Dragon's Mouth

Jason Parker is just a boy trying to get through his days with calm and courage. If only everyone around him would let him.

This is a beautifully spare novel in verse about one boy's life--a story that will resonate with anyone who has ever struggled to fit in.


Praise For Falling into the Dragon's Mouth…

"To survive, Jason must rely on his own ability to listen to others, his powers of quiet observation, and, above all, his personal courage. Based on Thompson’s own family experiences living in Japan, the story rings true in every detail, and occasional, lovely brush-and-ink illustrations enhance the reader’s experience." —Booklist on Falling into the Dragon's Mouth

". . . the tension mounts between Jason and the bullies who torment him, leading to a heart-pounding climax when the games almost go too far. The free-verse format suits the story well, conveying Jason’s emotions powerfully in few words, allowing readers to fill in the unsaid and mirroring the way Jason uses stoicism as a survival method at school. . . . This stirring read will especially resonate with those who have been bullied." —School Library Journal on Falling into the Dragon's Mouth


"Thompson captures perfectly the feeling of belonging elsewhere. A sensitive and compelling read that will inspire teens to contemplate how they can make a difference." -School Library Journal, starred review on The Language Inside

"Thompson nimbly braids political tragedy, natural disaster, PTSD, connections among families, and a cautious, quiet romance into an elegant whole. This is an artistic picture of devastation, fragility, bonds and choices." -Kirkus Reviews on The Language Inside


"The narrative is rich in authentic cultural detail . . . Thompson has crafted an exquisite, thought-provoking story of grief and healing that will resonate with teen readers and give them much to discuss." -School Library Journal, starred review on Orchards

Holly Thompson was raised in New England. She earned a BA in biology from Mount Holyoke College and an MA in English from New York University's Creative Writing Program. A longtime resident of Japan, she teaches creative writing at Yokohama City University.

Thompson's books include Falling Into the Dragon's Mouth, Tomo, and One Wave at a Time.

Illustrator Matt Huynh is a New York-based artist who takes inspiration from Eastern sumi-e caligraphy and Western comic books. His work has been exhibited by the Museum of Modern Art in New York, The Smithsonian, and The Sydney Opera House, among others.
or
Not Currently Available for Direct Purchase