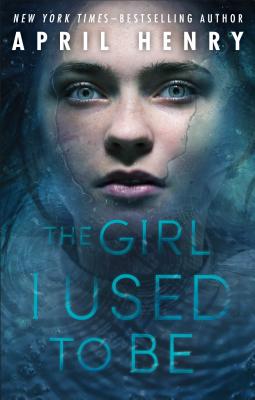 The Girl I Used to Be

When Olivia's mother was killed, everyone suspected her father of murder. But his whereabouts remained a mystery. Fast forward fourteen years. New evidence now proves Olivia's father was actually murdered on the same fateful day her mother died. That means there's a killer still at large. It's up to Olivia to uncover who that may be. But can she do that before the killer tracks her down first?


Praise For The Girl I Used to Be…

"Henry has done it again with another edge-of-your-seat mystery/thriller. Recommended for middle school and high school mystery/thriller/suspense collections and for April Henry fans"--VOYA, starred review

"A must-have for YA mystery-thriller collections."-School Library Journal

“The author's expertise at plotting a murder mystery and knowledge of police procedure are evident.” —Publishers Weekly on The Point Last Seen Series

“Fast-moving and well-constructed . . . A quick, thrilling read that doesn't skimp on characterization.” —Kirkus Reviews on The Point Last Seen Series

“A psychological mystery wrapped in a thriller with a smart and resourceful heroine. Great read!” —Alexandra Sokoloff, screenwriter and bestselling thriller author of The Harrowing on The Girl Who Was Supposed to Die

“A thrill-packed story with twists and turns you'll never see coming. Hop on board for an adrenaline fueled ride!” —CJ Lyons, New York Times–bestselling author of Blind Faith on The Girl Who Was Supposed to Die