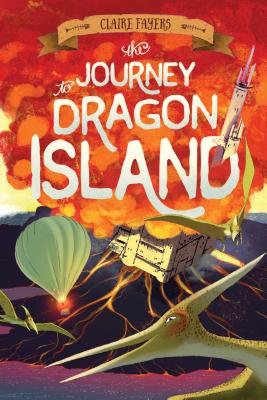 The Journey to Dragon Island (The Accidental Pirates #2) (Hardcover)

In this sequel to The Voyage to Magical North, Brine, Peter, Cassie and crew return for another swashbuckling adventure on the high seas.

Reaching the edge of the world can't stop the crew of the Onion! It's westward ho in search of dragons, no matter the obstacles. And there are obstacles. Flesh-eating vines, violent locals, and mischievous magi—not to mention Marfak West's ghost—meet the pirates when they land on the Western Island, where a volcano threatens to end them all. Together, Brine and Peter might just be able to save the crew, the island, and themselves. Or they might all go up in flames. It really could go either way.

Claire Fayers is the author of The Voyage to Magical North and its sequel, The Journey to Dragon Island. She lives in South Wales with her husband and as many cats as she can get away with.

Praise For The Journey to Dragon Island (The Accidental Pirates #2)…

"This title is full of swashbuckling escapades and crazy circumstances that will hold the attention of fans and new readers alike; even those not familiar with the first volume will be able to jump in easily." School Library Journal on The Journey to Dragon Island

"The beautiful cover design reflects the charming adventure within; this multilayered fantasy handles a variety of themes, including the meaning of family, the ability of power to corrupt, and the importance of stories. Upper elementary and younger middle grade fans of Lynne Jonell’s The Sign of the Cat will be enchanted by Brine’s high seas adventure." —School Library Journal, on The Voyage to Magical North