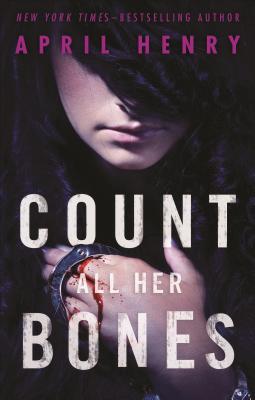 Count All Her Bones (Girl, Stolen #2)

April Henry masterminds another edge-of-your-seat thriller in this much-anticipated sequel to Girl, Stolen.

Six months ago, Griffin Sawyer meant to steal a car, but he never meant to steal the girl asleep in the backseat. Panicked, he took her home. His father, Roy, decided to hold Cheyenne—who is blind—for ransom. Griffin helped her escape, and now Roy is awaiting trial. As they prepare to testify, Griffin and Cheyenne reconnect and make plans to meet. But the plan goes wrong and Cheyenne gets captured by Roy’s henchmen—this time for the kill. Can Cheyenne free herself? And is Griffin a pawn or a player in this deadly chase?

April Henry masterminds another edge-of-your-seat thriller in Count All Her Bones.


Praise For Count All Her Bones (Girl, Stolen #2)…

"A pulse-pounding sequence . . . Readers will be rooting for Cheyenne and Griffin from the edges of their seats."--Kirkus Reviews

"This book offers the same suspense and tightly paced action as its predecessor . . . , this volume stands on its own and should be considered for any YA collection looking for contemporary suspense titles."--School Library Journal

"An exciting and satisfying conclusion to Cheyenne and Griffin’s story."--Booklist