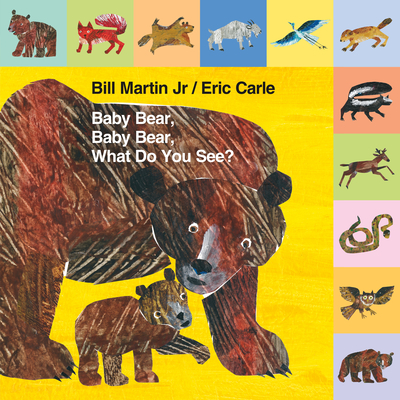 Baby Bear, Baby Bear, What Do You See? is the final collaboration from this bestselling author-illustrator team. Young readers will enjoy Baby Bear's quest to find Mama, and they'll revel in identifying each of the native North American animals that appear along the way. The central focus on the special bond between mama and baby makes a fitting finale to a beloved series. Now in a special lift-the-tab board-book for the 10th anniversary!


Praise For Mini Tab: Baby Bear, Baby Bear, What Do You See? (Brown Bear and Friends)…