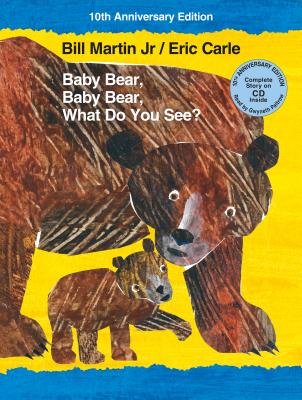 Since its publication ten years ago, Baby Bear, Baby Bear, What Do You See? has joined Bill Martin Jr and Eric Carle's other bestselling bear books as a perpetual favorite. Millions of children, as well as their parents and teachers, have loved meeting the animals featured in these pages.

Now you can enjoy Baby Bear in a larger format that showcases Eric Carle's vibrant art alongside Bill Martin Jr's familiar, rhythmic text. At the back of the book, you will find a CD on which Gwyneth Paltrow reads this classic story—as she has many times with her own children.


Praise For Baby Bear, Baby Bear, What Do You See? 10th Anniversary Edition with Audio CD (Brown Bear and Friends)…