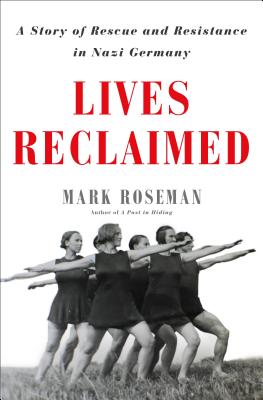 A Story of Rescue and Resistance in Nazi Germany

From the celebrated historian of Nazi Germany, the story of a remarkable but completely unsung group that risked everything to help the most vulnerable

In the early 1920s amidst the upheaval of Weimar Germany, a small group of peaceable idealists began to meet, practicing a quiet, communal life focused on self-improvement. For the most part, they had come to know each other while attending adult education classes in the city of Essen. But “the Bund,” as they called their group, had lofty aspirations—under the direction of their leader Artur Jacobs, its members hoped to forge an ideal community that would serve as a model for society at large. But with the ascent of the Nazis, the Bund was forced to reevaluate its mission, focusing instead on offering assistance to the persecuted, despite the great risk. Their activities ranged from visiting devastated Jewish families after Kristallnacht, to sending illicit letters and parcels of food and clothes to deportees in concentration camps, to sheltering political dissidents and Jews on the run.

What became of this group? And how should its deeds—often small, seemingly insignificant acts of kindness and assistance—be evaluated in the broader history of life under the Nazis? Drawing on a striking set of previously unpublished letters, diaries, Gestapo reports, other documents, and his own interviews with survivors, historian Mark Roseman shows how and why the Bund undertook its dangerous work. It is an extraordinary story in its own right, but Roseman takes us deeper, encouraging us to rethink the concepts of resistance and rescue under the Nazis, ideas too often hijacked by popular notions of individual heroism or political idealism. Above all, the Bund’s story is one that sheds new light on what it meant to offer a helping hand in this dark time.


Praise For Lives Reclaimed: A Story of Rescue and Resistance in Nazi Germany…

"Illuminating . . . insightful . . . Immersed in a rich historiography, Roseman also manages to make a significant contribution to our understanding of the complexities of life under Nazism and of reckoning with the past thereafter."
—Times Literary Supplement

"Startling . . . Liberating . . . Rather than looking for extraordinary, almost saint-like people who do good out of awe-inspiring altruism, Roseman suggests, we should look to networks of people who did good things from complicated motives . . . The most consequential book I’ve read this year."
—Dorian Stuber, Eiger, Mönch, & Jungfrau

“Mark Roseman’s Lives Reclaimed is a landmark book in the history of Holocaust rescue for several reasons: it illuminates a virtually unknown group of quirky utopian socialists who transformed themselves into a network of German rescuers, its source base is composed primarily of rare contemporary documents and only secondarily of postwar accounts, and it is a story brilliantly researched and exceptionally well-told.”
—Christopher R. Browning, author of Ordinary Men: Reserve Police Battalion 101 and the Final Solution in Poland

“Humanity is fleeting and unpredictable, but it can be rendered, with patience and skill, into history, and thereby become exemplary. This is what Mark Roseman has done, and his readers will be grateful."
—Timothy D. Snyder, author of Bloodlands: Europe between Hitler and Stalin

“Compelling reading. We have come to think of tales of rescue from Nazi persecution as being about extraordinary individuals. Mark Roseman brings us a very different kind of story—of a small and deeply interconnected group of ethical socialists in Germany who supported each other and the Jews they hid. By showing how the dynamics within small groups can make an enormous difference, Roseman also opens new perspectives on the writing of history.”
—Nicholas Stargardt, author of The German War: A Nation under Arms

“In this remarkable reconstruction of a hitherto unknown resistance group, Mark Roseman tells the gripping story of ordinary Germans who did their utmost to assist Jews and dissidents targeted by the Nazi regime. Motivated by ethical principles and believing they could change society for the better, their story serves as a model of moral political conduct for our own turbulent era.”
—Susannah Heschel, author of Abraham Geiger and the Jewish Jesus

“Once again, Roseman has written a pioneering work that changes our vision of life under the Hitler dictatorship.”
—V.R. Berghahn, author of Journalists between Hitler and Adenauer

“Captivating. This is a book for our turbulent times: a story of compassion and resistance and a call to courage and solidarity."
—Johanna Bourke, author of Fear: A Cultural History

“Roseman is the first historian to tell the story of the Bund, a communitarian group whose ethical radar remained intact during the Nazi era. Insightful, engagingly written, and scrupulously researched, this important book illuminates both the terror that a small, disproportionately female opposition group faced and its success in saving lives.”
—Marion Kaplan, author of Between Dignity and Despair: Jewish Life in Nazi Germany

Mark Roseman is the author of A Past in Hiding and The Wannsee Conference and the Final Solution. He is the recipient of a number of prestigious prizes, including the Mark Lynton History Prize, the Fraenkel Prize in contemporary history, and one of Germany’s foremost literary prizes, the Geschwister Scholl Prize. He teaches at Indiana University, where he is a distinguished professor and director of the Jewish Studies program.
Loading...
or support indie stores by buying on