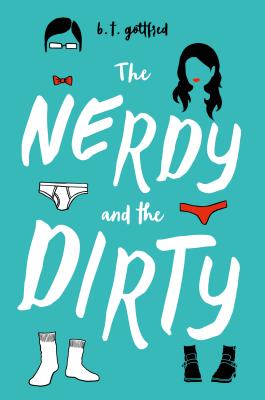 The Nerdy and the Dirty

His classmates may consider him a nerd, but Benedict Pendleton knows he's destined for great things. All he has to do is find a worthy girlfriend, and his social station will be secured. Sure, Benedict is different--but that's what he likes about himself.

Pen Lupo is sick and tired of hiding who she is. On the outside, Pen is popular, quiet, and deferential to her boyfriend. On the inside, however, Pen is honest, opinionated--and not sure that she's quite like other girls. Do they have urges like she does?

When fate intervenes, Pen and Benedict end up at the same vacation resort for winter break. Despite their differences, the two are drawn together. But is there such a thing as happily ever after for this unlikely pair?


Praise For The Nerdy and the Dirty…

"A truly beautiful story about passionately falling in love with another and learning to love and share your true self." —Kirkus Reviews, starred review

"This is a love story that is genuine, explicit, passionate, and often adorable." —Booklist, starred review

"Completely sweet and poignant. It has everything to do with the sincerity and authenticity of the characters." —VOYA, starred review

"Readers will cheer as these two endearing, unique, and believably voiced characters learn to finally be real—with themselves, with each other, and with the world." —The Horn Book

Praise for Forever for a Year:

"Debut author Gottfred captures the starry-eyed exhilaration of first love (and nervous first explorations of sex) with tenderness and humor....Readers will need hearts of steel not to fall for this love story and its two storytellers." —Publishers Weekly, starred review

"A swoon-inducing and heartbreaking novel for most YA collections." —School Library Journal

"Gottfred is plainly a talent to watch. Both emotionally satisfying and sure to be much discussed." —Kirkus Reviews

B. T. Gottfred is an author, playwright, and—ooh, look there, behind you . . . no, you're right, never mind—director. His first novel was Forever for a Year.
Loading...
or
Not Currently Available for Direct Purchase