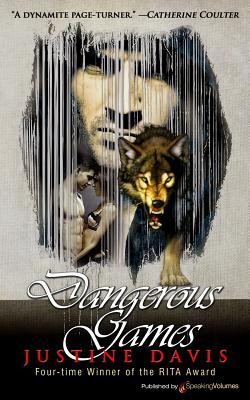 The mysterious painting tore at Alison Carlyle's heart. A canvas layered with emotion-and fraught with madness-it was the work of a man who obviously lived life on the edge. To Alison, the artist's view of the world was dangerously provocative...and utterly irresistible.

Returning to his hometown in Colorado, Lake McGregor was shocked to see his painting in the window of Alison's gallery. But when he met this captivating-and persuasive-woman face-to-face, he agreed to display the greatest works of his past...and to hide his deepest, darkest secrets.

Alison was intrigued by the haunted, hunted look in Lake's eyes. And she swore she'd help him bury the scandal that had destroyed his childhood. But the harder she tried to unlock his troubled soul, the deeper she fell-into a web of lies... into a maze of murder... and into a world of... Dangerous Games.