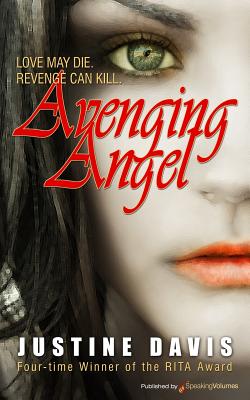 Now, in her most powerful thriller to date, Justine Davis follows the trail of a killer who is making men pay for their crimes-with their lives....

The newspapers have dubbed him the Avenger. But to members of the battered women's shelter Rachel's House, he is an angel. What no one disputes, however, is that a serial killer is systematically slaying abusers-and that the victims of each of the murdered men have all been residents of Rachel's House.

As the shelter's devoted director. Regan Keller has access to records on every case of abuse. She also has the kind of caring heart that makes each case personal. But these things only draw attention to Regan, making her the focus of two men. One is a new worker at the shelter who shares her passion-and her bed-but not his darkest secret. The other is a police detective who believes Regan herself is the killer....