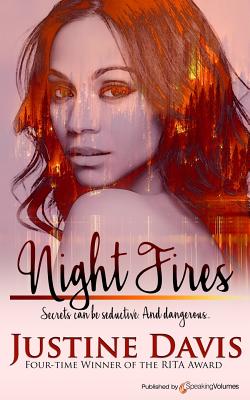 Secrets can be seductive. And dangerous...

A small town in the Pacific Northwest, Keating's Port is the only home Jodi Campion has ever known, the only place where she has ever felt safe. But it is also a place haunted by tragedy-where she will be forced to question what she has always believed to be true. . . .

It began with the disappearance of a young boy. Everyone in town suspected that J.T. Trager, a reclusive newcomer, was responsible-everyone, that is, except Jodi Campion. She's certain he would never harm a child.

But as she looks into his angry, wounded eyes, she senses that his secrets are deep-and possibly dangerous.

Now, walking the line between fear and desire, Jodi will discover that J.T. is no stranger to tragedy-and that Keating's Port may not be safe anymore....

"When it comes to intrigue, passion and deft characterizations, no one delivers like the incomparable Justine Dare."-Romantic Times

"No one delivers like the incomparable Justine Dare."-Romantic Times.