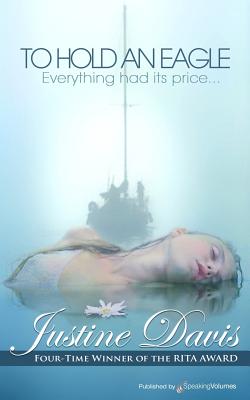 To Hold an Eagle

Chandra Lansing was a woman with dangerous information. Of that, Naval investigative agent Linc Reese was certain-though she couldn't hide much in the swimsuit she'd been wearing when he'd fished her out of the Pacific. But Linc knew only too well the look of desperation-and this blue-eyed mermaid seemed burdened to the breaking point. Beguiled, he ached to help her...before she was thrown once again into jeopardy.

Bitter experience had proved to Chandra Lansing that every man had his price. Yet here was Linc Reese, ready to track down her would-be murderer, demanding nothing in return. Half-wild in love with him for that alone, she couldn't allow it. For the peril surrounding her was darker than he knew....

To Hold an Eagle

Everything had its price....