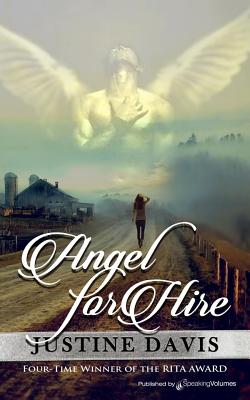 Alexandra Logan was at her wits' end She was nearly broke, her farm was failing, and the local townspeople were angry at her boarders. So she looked to the skies for help...and it miraculously arrived in the very pleasing form of Michael Justice. But Michael was like no man Alexandra had ever met.

Michael had been sent to earth to help those in need, and Alexandra certainly fit that category. But in no time he was having feelings for her that had much more to do with body than soul Yet how could he ever tell her the truth-that he was no mere mortal, but an angel in disguise?