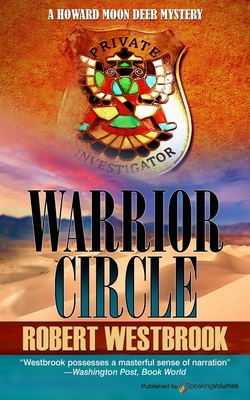 In the deserts of New Mexico, someone has just discovered his inner child . . . and it's about to throw a deadly temper tantrum.

When Howard Moon Deer's girlfriend Aria storms from his cabin in the middle of the night, he just considers it another conflict in their tempestuous relationship. But when he finds her Jeep abandoned down the road with no sign of her nearby, his instincts lead him on an investigation that uncovers the dark underbelly of a trendy southwestern town.

With the help of blind ex-detective Jack Wilder, Howard follows a trail of clues leading to a men's encounter group known as the Warrior Circle. Its members are prosperous local businessmen and upstanding members of the community . . . or are they? As the pair edge closer to the truth about Aria's disappearance, one thing becomes crystal clear-someone is acting out a murderous fantasy of power and revenge-and Howard and Jack may be the next victims

Robert Westbrook is the author of two critically-acclaimed mystery series, including Ancient Enemy, nominated for a Shamus Award as the Best P.I. Novel of 2002, and Intimate Lies, a memoir detailing the relationship between his mother, Hollywood columnist Sheilah Graham and the author F. Scott Fitzgerald, published by HarperCollins in 1995. His first novel, The Magic Garden of Stanley Sweetheart, was made into an MGM movie. Robert lives with his wife, Gail, in northern New Mexico.
Loading...
or support indie stores by buying on