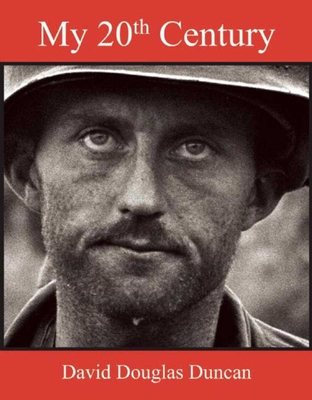 From a legendary American photojournalist, iconic photographs from the Korean War to Picasso at his most intimate.

David Douglas Duncan is one of the most revered American photographers of the twentieth century. Born in 1916, he was a witness to most of the century and captured many of its historic events and epic personalities through his lens.

Beginning as a Marine Corps combat photographer in 1943, Duncan assembled a portfolio that features some of the most arresting photographs taken of World War II, the Korean War, and the Vietnam War. Duncan often plunged into the middle of the action to get the best shot, and his heroics with the camera won him a job with Life magazine. During his career, he traveled the world, shooting conflicts in Iran, Turkey, Morocco, Saudi Arabia, and Russia. In 1956, he knocked on Pablo Picasso’s door and began a friendship that would make him the only person to photograph Picasso’s personal paintings and the artist in intimate scenarios—such as the bathtub.

In My 20th Century, the now ninety-eight-year-old Duncan offers a curated selection of some of his very best photographs and a summary of his lifelong work. Designed by his own hands, the book includes riveting shots of a world torn by war, invigorated by art, and colored by diverse cultures. A true poet of the lens, adventurer, and teller of stories, Duncan belongs to the present as much as he does the past. His legacy lives on in this powerful visual tableau.

David Douglas Duncan was born in Kansas City, Missouri and began as an amateur photographer in the 1930s, famously capturing the now lost photograph of American gangster John Dillinger escaping from a burning building. Today, he has more than twenty publications to his name with worldwide sales of over two million copies. Duncan lives in Mouans-Sartoux, France.
Loading...
or support indie stores by buying on
(This book is on backorder)