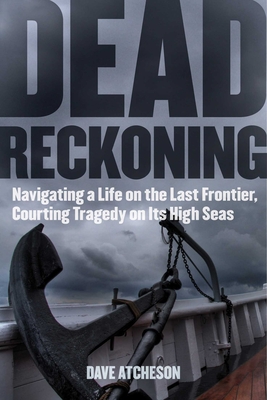 Navigating a Life on the Last Frontier, Courting Tragedy on Its High Seas

This is the true story of a journey to a seaside town and the always unpredictable torrent of dark escapades that accompany a life at sea. It’s a story of a world peopled by those who often live on the frayed edges of society, who shun the world in which most people thrive. It’s a story in which college students and “fish hippies” work in canneries alongside survivalists, rednecks, religious freaks, and deckhands with damning secrets in dangerous waters, driven by the need to feed an insatiable appetite for adventure.

This is the heart of the world Atcheson found himself in at the age of eighteen. Having never even seen the ocean, he took his first job on the Lancer with Darwin Wood, a man so confounding, so complex and so frightening, that it’s hard to believe Atcheson walked away from that job unscathed. Forced to buddy up with a murderer in order to cope, Atcheson began to question his deeply ingrained ideas of success and status. The resulting conflict would finally resolve itself fifteen years later, in the least likely of places: on the Bering Sea, aboard a boat in peril, during a night of terror that would reshape the lives of everyone involved.

Reminiscent of The Perfect Storm and Into the Wild, Dead Reckoning is not only an intimate look at life at sea, but also an insider’s view into one of Alaska’s small communities, and the myriad of upstarts, dropouts, and rogues that color its landscape.

Dave Atcheson is the author of Hidden Alaska: Bristol Bay and Beyond and the guidebook Fishing Alaska’s Kenai Peninsula. He has written for a variety of periodicals, from Outdoor Life to Boys' Life, and is a frequent contributor to Alaska Magazine and past contributing editor for Fish Alaska Magazine. He lives in Sterling, Alaska.
Loading...
or
Not Currently Available for Direct Purchase