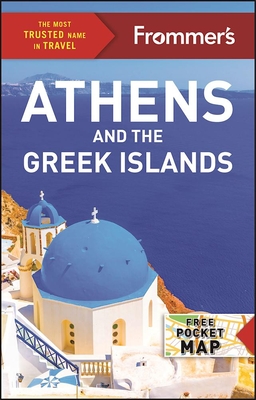 The recent economic crisis in Greece has, paradoxically enough, created better conditions for tourism. The Greeks are painfully aware that tourism is their best-functioning remaining industry. They value the visitor as never before, treat them with a warmth and courtesy that exceeds what you'll find in other parts of Europe. And more people are therefore coming here in unprecedented numbers. To bring the current message of Greek tourism to a reading public, we've called upon the research and writing talents of one of America's foremost travel journalists. Stephen Brewer has been writing travel guides for almost three decades. As an editor and writer, he has focused not just on the Frommer guides but on European coverage for such magazines as Esquire, Connoisseur and Geo. In Frommer's Athens and the Greek Islands, he brings tremendous insight into how to best approach and understand both the famed and lesser-known (but still fascinating) historic sights of Athens and the adjoining Peloponnese, as well as the recreational resorts and life of the enchanting Greek islands. The book contains:
-Helpful maps, including a handy pull-out map
-A 16-page photo guide
-Exact pricing so there's never any ugly surprises
-Opinionated reviews of historic sights and other attractions, hotels, restaurants,

Stephen Brewer has been writing travel guides for three decades. As an editor and writer, he has focused on European coverage for such magazines as Esquire, Connoisseur and Geo, and he was a producer of a popular radio travel show for many years. He has written several previous guides for Frommer's, Insight, and other companies, as well as authoring Beautiful Small Coastal Towns for Rizzoli. Stephen divides his time between Manhattan and Italy.
or
Buy Here
Copyright © 2020 American Booksellers Association