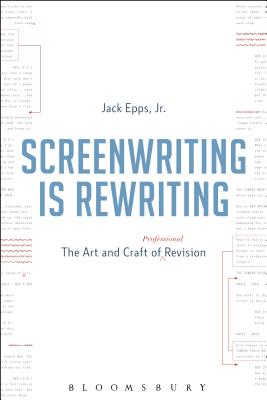 The Art and Craft of Professional Revision

If there is one skill that separates the professional screenwriter from the amateur, it is the ability to rewrite successfully. From Jack Epps, Jr., the screenwriter of Top Gun, Dick Tracy, and The Secret of My Success, comes a comprehensive guide that explores the many layers of rewriting.

Jack Epps, Jr. is the co-author of the films Top Gun, The Secret of My Success, Dick Tracy, Legal Eagles, Dick Tracy, and Turner and Hooch. As a script doctor, Epps contributed to such films as Sister Act and Die Hard With A Vengeance. Epps is an Associate Professor and Chair of the Writing for Screen and Television Division in the School of Cinematic Arts at the University of Southern California, USA.
Loading...
or support indie stores by buying on