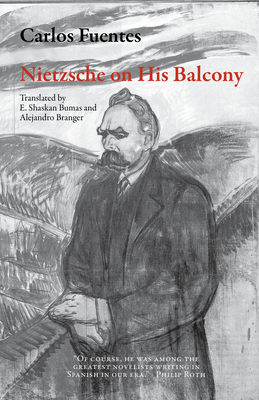 Nietzsche on His Balcony (Mexican Literature)

On a hot, insomniac night at the Hotel Metropol, the novelist Carlos Fuentes steps onto his balcony only to find another man on the balcony next door. The other man asks for news of the social strife turning into revolution in the unnamed city below them. He reveals himself as the 19th-century philosopher Friedrich Nietzsche, permitted to revisit earth once a year for 24 hours based on his theory of eternal return. With tenderness and gallows humor, the novelist and the philosopher unflinchingly tell the story of the beginning of the revolution, its triumph, fanaticism, terror, and retrenchment: a story of love, friendship, family, commitment, passion, corruption, betrayal, violence, and hope.