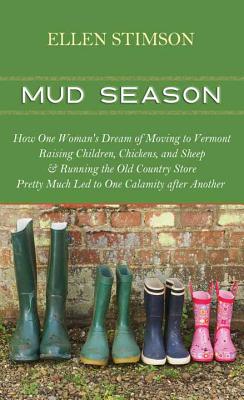 In self-deprecating and hilarious fashion, Mud Season chronicles Stimson's transition from city life to rickety Vermont farmhouse. When she decides she wants to own and operate the old-fashioned village store in idyllic Dorset, pop. 2,036, one of the oldest continually operating country stores in the United States, she learns the hard way that "improvements" are not always welcomed warmly by folks who like things just fine the way they've always been. She dreams of patrons streaming in for fresh-made sandwiches and an old-timey candy counter, but she learns they're boycotting the store. Why? "The bread," they tell her, "you moved the bread from where it used to be." Can the citified newcomer turn the tide of mistrust before she ruins the business altogether?