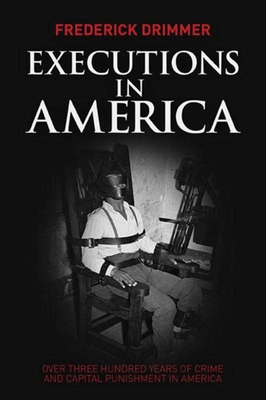 Over Three Hundred Years of Crime and Capital Punishment in America

From the first Pilgrim hanged in 1630 right up to Ted Bundy in 1989, legal execution has been a facet of the American justice system. Now, for the first time ever, the dramatic history of the men and women who have been put to death is vividly portrayed in Frederick Drimmer’s Executions in America.

Drimmer examines the evolution of the five methods of execution used in the United States and the people who created them. He also takes us on a fascinating journey into the dark world of Death Row, reliving the details of the final hours of such notorious killers as Gary Gilmore, Caryl Chessman, Ruth Snyder, Hickok and Smith (the killers of In Cold Blood) and human cannibal Albert Fish. We come to know their last wishes, their inner fears, their last words, even the clothes they wore to their deaths.

Profusely illustrated with rare pictures of the condemned criminals, their executioners, the official instruments used to carry out their sentences and in many cases, the actual executions themselves, Until You Are Dead gives us the only complete study of this controversial subject ever published.

Frederick Drimmer is the author of The Elephant Man and Very Special People. He died in 2000 at eighty-four years of age.
or
Not Currently Available for Direct Purchase
Copyright © 2020 American Booksellers Association