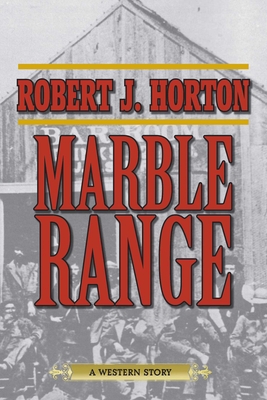 A mysterious stranger struggles to keep his past a secret and himself out of harm’s way in this thrilling Western tale!

Bob Bannister is a mystery from the moment he arrives in Prairie City. A gambler with a knack for winning at the stud poker table, he quickly aligns himself with a young man named Howard Marble after saving his life and helps to pay off Howard’s gambling debts. Marble is connected to a number of the town’s big shots, and Bannister quickly finds himself in the middle of everyone’s business.

The problem is, Bannister resembles the description on a Reward dodger for The Maverick, a bandit wanted for murder and robbery. He draws suspicion from the locals, and while the sheriff is reluctant to suspect Bannister, the truth is that his background remains a mystery, and Bannister’s vague answers and talents with a pistol aren’t helping matters.

Caught up in a controversy over an irrigation project that threatens to siphon off all the water many local ranchers need for their cattle herds, Bannister is running out of friends to turn to. The threats continue to build, and surely a breaking point is approaching . . .

Robert J. Horton was born in Pennsylvania and traveled extensively around the American West as a young man. He began writing Western fiction for Adventure magazine, eventually becoming one of the premier contributors to Western Story Magazine in the 1920s despite remaining relatively unknown and dying at an early age.
Loading...
or
Not Currently Available for Direct Purchase